It’s well known that food plays an integral part in Chinese New Year, and to mark the coming of a new moon, Hakkasan Hanway Place and Hakkasan Mayfair are waving goodbye to the Year of the Ox and welcoming the tiger with a special Chinese New Year menu.

A celebratory Cantonese feast designed for sharing, Hakkasan’s Chinese New Year menu has been specially created by Singapore-born executive chef Andrew Yeo. Ingredients have of course been chosen for their taste, but also for their lunar new year symbolism, with subtle references to the majestic feline rearing their head. 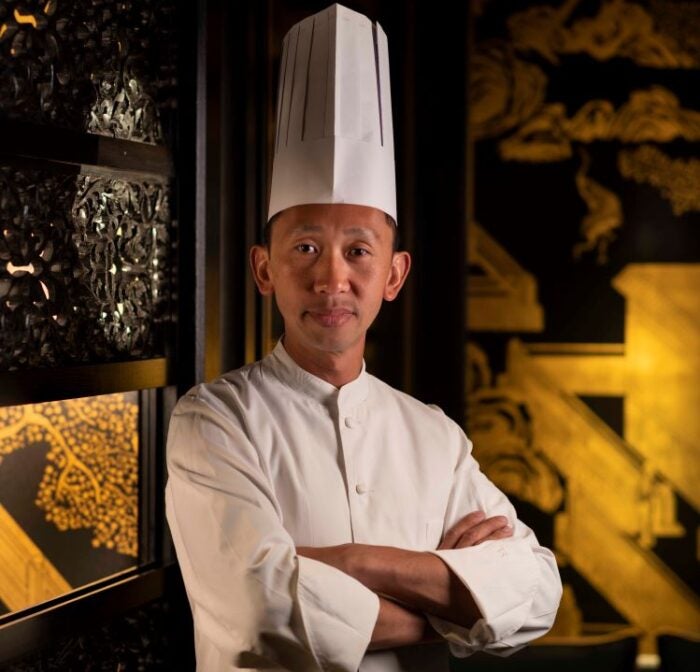 A nod to the tiger

The tiger influences aren’t just limited to diner’s plates. Before guests even set foot in the Michelin-star restaurant, they are greeted by a striking, larger-than-life oil painting of the big cat. For this, Hakkasan commissioned rising artist Felicity Rowbotham, daughter of the Queen’s personal portraitist.

Once you’ve descended to the ambiently-lit underground eatery, you may notice that Hakkasan’s team are sporting a host of orange-and-black-striped apparel. To mark the festival, the restaurant has collaborated with celebrity stylist and sustainable fashion guru, Bay Garnett. Garnett has styled the restaurant’s staff in pre-loved tiger-themed clothing. Post-celebration, the garments along with Rowbotham’s artwork, will be raffled and auctioned in aid of Oxfam.

[See also: Dining gets Personal at Muse by Tom Aikens]

Once seated, menus fashioned in red (for luck) and gold (for wealth) featuring a tiger claw mark are delivered to diners by friendly staff. Three indulgent courses await — it is a time of celebration after all.

Hakkasan’s Chinese New Year menu begins with the option of a celebratory glass of 2013 Moet & Chandon Grand Vintage or a silky smooth ‘King of ‘Fujian’ cocktail. Inspired by the tiger’s original habitat of Fujian province, the elixir features a luxurious dash of Belvedere vodka mingled with sweet lychee (a Chinese New Year staple), kumquat (orange fruits are said to bring good luck) and a touch of fresh lemon and basil. This is topped with a dusting of gold leaf. 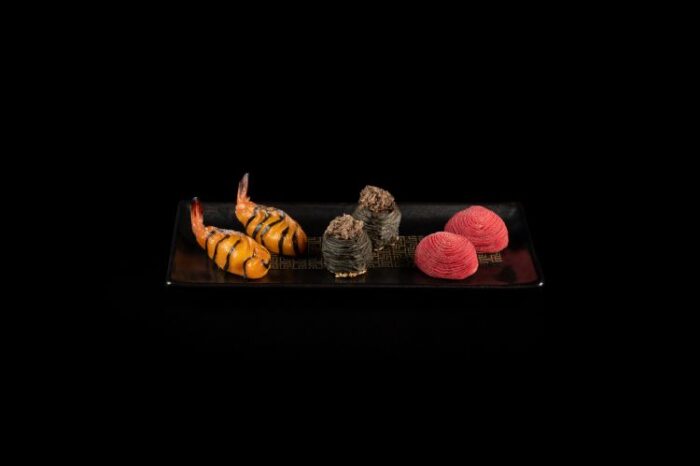 ‘Small Eats’ begin with Salmon crudo — a  sculpted cone of sweet sesame filled with sashimi and a zingy spattering of pickled mustard seeds to energize the taste buds.

This is swiftly followed by an exquisitely crafted trio of Xingfu dim sum (xingfu aptly translates into ‘happy’). A light-as-a-cloud pink wild mushroom puff sits alongside a generous striped tiger prawn parcel. However, the star of the show is a little round duck and truffle dumpling (duck is said to symbolize loyalty).

Three sharing dishes form the main course of Hakkasan’s Chinese New Year menu, however, a special mention must be given to the two side dishes. The first is XO sauce lobster egg fried rice (lobster is said to be the culinary representation of the dragon). This infinitely indulgent comfort dish, flowered with edamame beans and topped with handmade prawn crackers, could quite easily stand as its own offering. 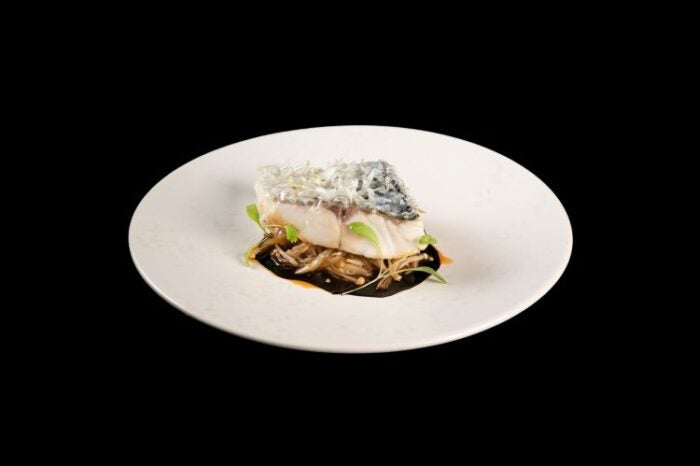 Next is expertly cooked wok-fry sea bass on a bed of delicate enoki mushrooms and gently spiced sesame soy.

The final main sharing course of Salt crusted fortune baked chicken arrives still in its salt shell. Its salt-laden exterior forms a small bowl to house its much-anticipated contents. On the bowl’s ‘lid’, the Chinese symbol for prosperity is etched. Inside, tender chicken wrapped in lotus leaf mingles with chestnut, shiitake mushroom and bamboo shoot.

Dessert is light (thankfully) and comes in the form of a gold tiger-striped orange chocolate mousse with mandarin sorbet, orange curd, orange compote and an orange madeleine.

Tucked down an alleyway just behind London’s Tottenham Court Road, the sultry interior of the subterranean Hakkasan Hanway Place is sleek and elegant. Seamlessly fusing traditional Chinese elements such as ornate wood carvings and black and gold artworks with futuristic design (the restaurant boasts a full-length blue neon bar). 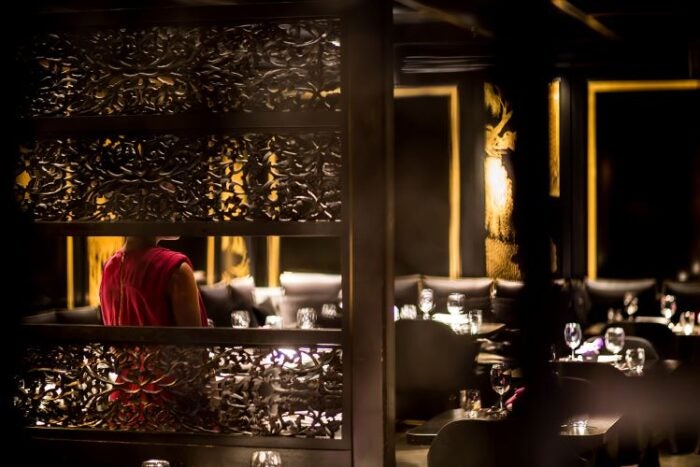 The large open-plan dining room is sectioned off into smaller areas making it feel all the more intimate — ideal for a Lunar New Year celebration with friends and family.