When NetJets signed a memorandum of understanding in March giving it the right to order up to 150 Lilium electric aircraft — eVTOLs — it was simply the latest move by the industry’s largest player, which has been laying down markers across the board when it comes to sustainability.

Brad Ferrell, NetJets’ EVP of administrative services, tells Elite Traveler that green is not new for the Warren Buffett company despite being more vocal about what the firm is doing. “We’ve had sustainability for years, starting with corporate operations and educating employees. It’s what’s expected at Berkshire Hathaway. As things progressed, we wanted to take it further. We wanted to take a leadership position in the industry,” he says.

In October 2020, NetJets unveiled its Global Sustainability Program, an umbrella to highlight the many initiatives already taking place and, as a platform, to better tell the story of a company and industry committed to sustainable travel. In addition to its LEED-certified headquarters, the outfit’s European division has been carbon neutral since 2012.

Small projects include making it easier for employees to recycle. Large ones are intended to make sustainability a way of life for the industry. Two of its most important moves were related to SAF. Sustainable jet fuel can reduce carbon emissions by 25% to 80% depending on its mix with traditional jet kerosene. However, availability is about supply and demand, with part of the equation being price. Experts say SAF runs between two and eight times the cost of traditional jet fuel.

In September 2020, NetJets made a widescale commitment to sustainable fuel, partnering with producer Neste and private jet terminal operator Signature Flight Support. The agreement called for the uplift of five million gallons of SAF via San Francisco and London locations. It means better availability for other operators, which is paying off through expanded locations. As of this writing, Austin, Los Angeles, Oakland and Seattle are now on the list.

Then, in February 2021, NetJets made a “significant” investment — Bloomberg reports a 20% stake — in WasteFuel, which is building a biorefinery in the Philippines to produce environmentally friendly fuel from landfills. The agreement calls for it to buy about a quarter of the production, which would mean around 10 million gallons. Ferrell says the flow could start as early as 2025. 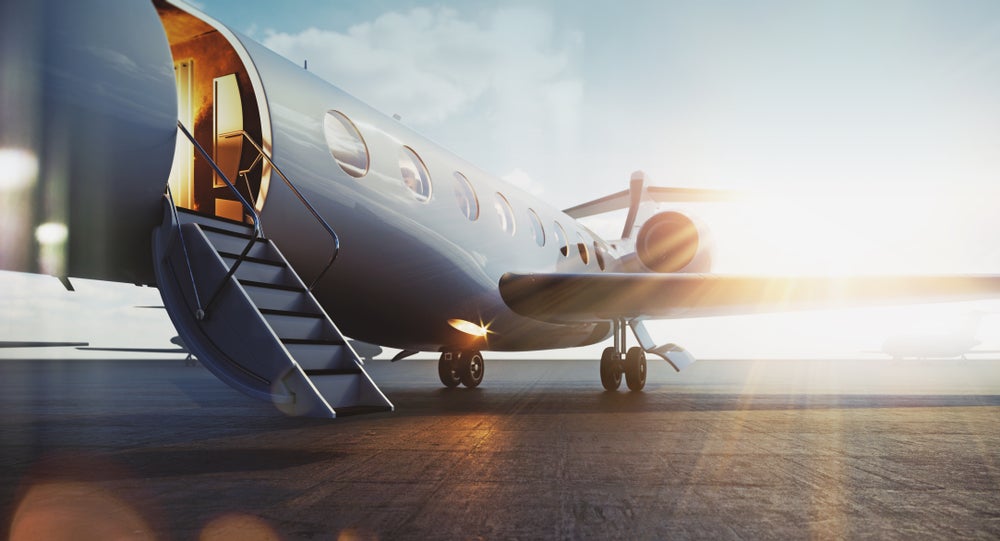 The Biggest Private Jet Companies in the World

That’s not all. While private jets often have a service life of up to 30 years, by constantly refreshing its fleet with new state-of-the-art and efficient private jets, NetJets continually reduces emissions. There are over 100 new jets arriving between this year and last, representing an investment of over $2.5bn. That includes its first Bombardier Global 7500s, which come with an Environmental Product Declaration attesting to sustainable sourcing and manufacturing.

The company also ordered 100 more Phenom 300E light jets from Embraer, with deliveries to start in 2023. Advances (such as an enhanced navigation system that enables landing in low visibility) mean fewer diversions and go-arounds, saving fuel.

NetJets Blue Skies offset program — launched in 2015 and made part of all proposals in 2020 — allows customers who don’t already have their own corporate or private offset programs to go carbon neutral on a by-flight or entire program basis. Via a partnership with ClimateCare, the monies support reforestation in the Mississippi Valley, preservation of grasslands in Colorado and electric railway development in India. Last year, NetJets owners offset over 47,000 metric tons of CO2, equivalent to over 1.72 million miles flown. The company offsets all its training and corporate flights.

Then there was the MOU with Lilium, a manufacturer of eVTOLs. The agreement calls for NetJets to buy up to 150 of the electric aircraft, offering them as part of its ownership programs. The last-mile and regional solution is expected to be a gamechanger, reducing congestion in large cities and opening economies in new places that lack easy accessibility.

NetJets will also provide aircraft management for Lilium owners and could offer those aircraft for charter flights when owners aren’t using them, further expanding green transportation.

Despite the big moves, like eVTOLs and SAF, Ferrell notes larger and long-distance electric aircraft are not yet in the foreseeable future, which means NetJets, he says, will be diligently focused on anything and everything it can do to move itself and the industry to be even greener.