Speaking from his office in Monaco, Espen Oeino is remarkably charming and affable despite having just arrived back from a whistle-stop trip to New York — he was there for under 24 hours to visit a client.

He begins sharing his travel tips (a few glasses of red wine for red-eye flights) and, even though I am supposed to be interviewing him, he asks me questions about how long I have been with Elite Traveler and how often I travel for work — “there are worse things to do in life than travel far away to see nice places.” He’s not wrong.

This inquisitive nature is an endearing quality and one that extends to his own travels — he travels a great deal, both for business and pleasure, but confesses that the boundaries are blurred between the two: “I was in Norway over Easter on one of my explorer boats. We were skiing from the boat, and last year I was on the same boat in Antarctica doing the same thing. Is that work? I never feel ‘at work,’ even though my days are long and I work weekends.”

Hardly surprising, as Oeino is one of the most accomplished architects in the industry — he is the man behind the creation of the world’s best-known yachts: the 414-ft megayacht Octopus (owned by the estate of Microsoft co-founder, the late Paul Allen) and 244-ft Zeus (once named Eco and owned by a Mexican media mogul).

[See also: Inside Flying Fox: The Largest Charter Yacht in the World] 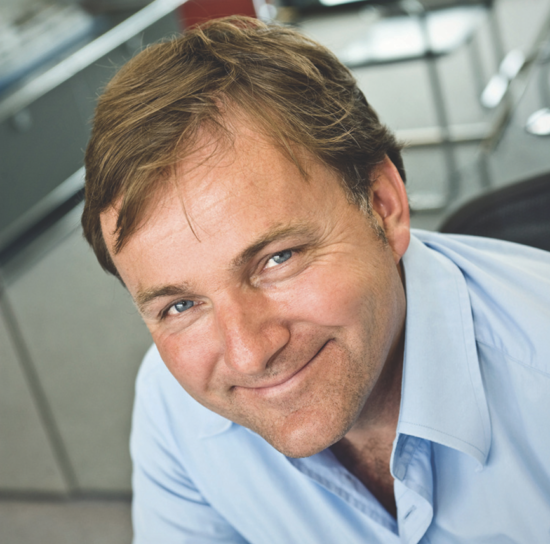 He also designed Cloudbreak for a fellow keen skier: “It’s really a ski boat; we designed it to carry a helicopter, and it has a ski room and an instructor’s cabin. You can start your skiing adventure right from the boat. Since launching two and a half years ago, she’s been to Greenland, Alaska, Patagonia, Antarctica and Norway.”

Oeino explains that he has noticed a trend for adventure travelers and yacht owners wanting to visit hard-to-reach destinations. “Alaska, Greenland… there are no hotels. You have to go by boat. More and more people want to see these places and want to see beyond the regular Monaco and St Tropez run; they want to discover other parts of the world. The more you see, the more you realize you haven’t seen.”

Growing up in Norway, where most residents own some sort of boat, it seemed like a career in ship design was destined from an early age: “I don’t remember the first boat I designed; I was a little boy! But I always knew I wanted to design boats, not necessarily yachts… I wasn’t fully aware of the yachting world per se, but I knew about boats. Messing around in boats is something a lot of Norwegians do. Norway has a small population, but a long coastline and a lot of lakes.”

After graduating with a degree in naval architecture, Oeino wanted to design sailing boats and began working for UK-based designer Martin Francis. Soon after he joined, the company was invited to contend in a competition for motor yachting. “We were totally the underdogs, and somehow, miraculously, we won the competition. So that’s how I got into motor yachting — accidentally!”

He then went it alone and started his own firm, Espen Oeino International. In June this year, the firm celebrated 25 years and the delivery of its 50th boat: “Fifty boats in 25 years — not bad, hey?! We’re going to throw a big party, and we’re doing a coffee-table book. The photographer is a good friend of mine, and we’ve been working together to create the book. It’s really cool.” 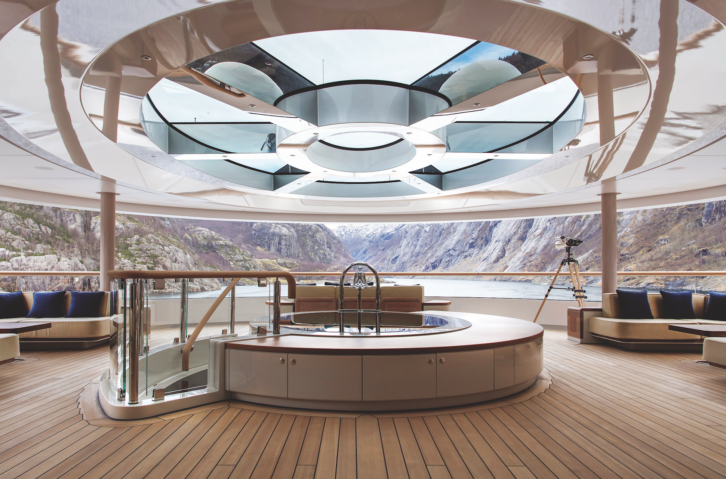 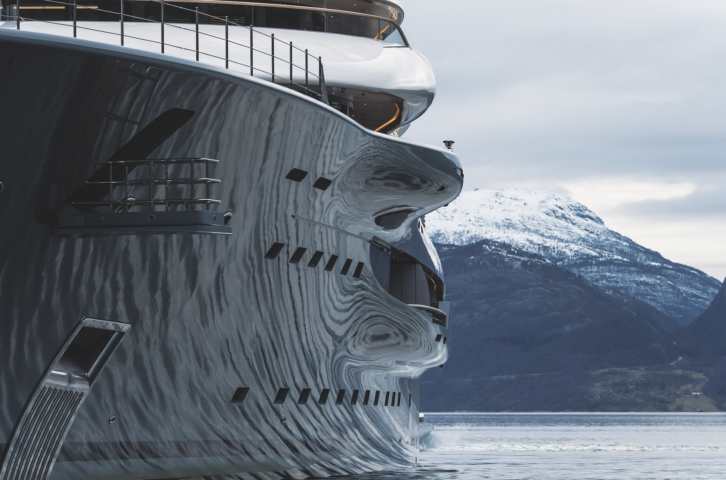 With almost three decades of ship design to his name, Oeino’s passionate enthusiasm shows no sign of abating. He waxes lyrical about the yacht he is currently working on, REV Ocean. It is an expedition vessel that he started designing three years ago and is due for completion in 2021.

Oeino explains that the owner has decided to be very public about the project because it is for “a bigger, broader picture. It is an absolutely incredible project; it is for a Norwegian industrialist who made his money through the oceans in one way or another: fishing, engineering, ship owning, oil and gas… and has decided to give back.”

Although REV Ocean is an expedition yacht, it is also a research vessel, and the owner has made the decision to make it available to the research community, particularly to young scientists. Most research vessels are government-owned and -operated, so many scientists who get their time onboard are at the pinnacle of their career, and many young scientists don’t get the same opportunity. REV Ocean’s owner “did his homework” and realized that many large discoveries were made by junior scientists.

At an astonishing 600ft, REV Ocean is a sight to behold. Oeino explains that it started off at 442ft, but extra space was required to add everything that the owner wanted on board, so it is now set to be one of the largest ships around: “It is a showcase of the most incredible technologies. It has a moon pool on board, which is an opening in the middle of the ship with a well that prevents flooding when the bottom doors are opened.

“The well is above the water line so you can launch robots, autonomous devices and submarines. The water within a moon pool is very calm, so the operating window for launching and retrieving gear is substantially increased. This ship is destined to work in very cold weather, so it makes a huge difference being able to work inside the ship as opposed to on the deck, where it can be -25 degrees with a wind speed of 30 knots.”

REV Ocean also has state-of-the-art sensors, sonar, trawling, water measurement and sampling equipment, plus two helipads so it has its own rescue capabilities as part of the Polar Code. “It is interesting though, because it is a yacht with a purpose. What we are doing now is mind-blowing.”

[See also: How to Design an Amazing Superyacht Interior]