The idea of using hydrogen as a fuel source has been batted around for over a decade, moving from an idea that would be more appropriate in a science-fiction movie to a genuine question on the lips of engineers and designers across the globe: is it even possible to create a hydrogen-powered yacht, car or plane? However, with the need to combat climate change becoming more urgent, more companies are turning their attention to hydrogen as an emission-free, sustainable fuel option.

Although fuel cells predate combustion engines, until now hydrogen technology has largely been confined to use on submarines and for space exploration. Saying this, over the last few years the technology has become available for other modes of transport to use hydrogen as a fuel – there are now trucks, trains, cars and even some planes that are powered by hydrogen fuel cells.

Yachting specifically is a pastime that relies heavily on fossil fuels; the unfortunate truth is that sailing your own superyacht is one of the most carbon-intensive activities on the planet. As such, moving from diesel to a hydrogen fuel source could be the sustainable light at the end of the tunnel that the marine industry needs.

How Does It Work?

In simple terms, the technology works by creating a chemical reaction that generates electricity: pressurized hydrogen (H2) interacts with oxygen (O2) in the air, creating electricity and powering the vehicle or product. The main attraction of using hydrogen as a fuel source to create electricity is that its only emissions are heat and H2O (water vapor, which some argue is clean enough to drink). 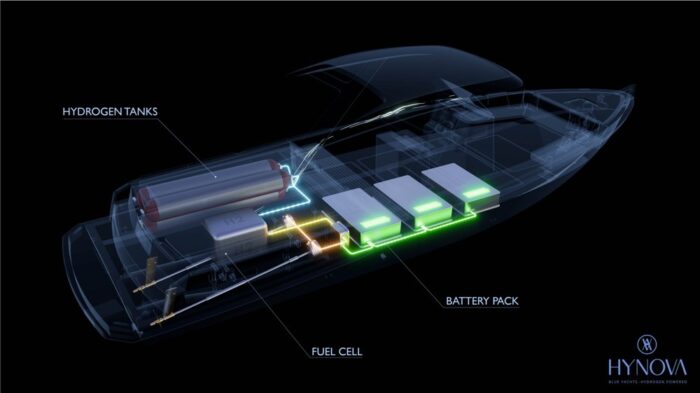 One of the main obstacles to creating hydrogen-fuelled yachts is that it is an expensive and difficult fuel to store. Cars use compressed hydrogen gas to save on space, but current maritime legislation limits compression – meaning that on a yacht, the hydrogen storage tank would need to be roughly 14 times bigger and five times the weight of current diesel tanks. In comparison, although liquid hydrogen occupies less space, the amount of energy and expense it takes to produce and store (it needs storing at -423°F) currently isn’t offset by the energy it provides.

Despite these obstacles, Dutch design studio Sinot Yacht Architecture & Design has created a new yacht concept that is fully powered by liquid hydrogen. Called Aqua, the 360 ft plus superyacht prototype was developed and revealed in 2019, with a scale model being presented at the Monaco Yacht Show the same year. The prototype was designed by Sinot in collaboration with Lateral Naval Architects and is planned to have a top speed of 17 knots with a range of 3,750 nautical miles.

Stored on board in two 28-ton vacuum isolated tanks, Aqua’s liquid hydrogen will be converted into electricity using proton exchange membrane fuel cells (PEM). This will be used across the yacht not only to provide power for propulsion but also for interior and auxiliary services. As water is the only by-product, Aqua will produce zero carbon emissions – thanks to the electric propulsion, the superyacht is also very quiet and has minimal vibrations. 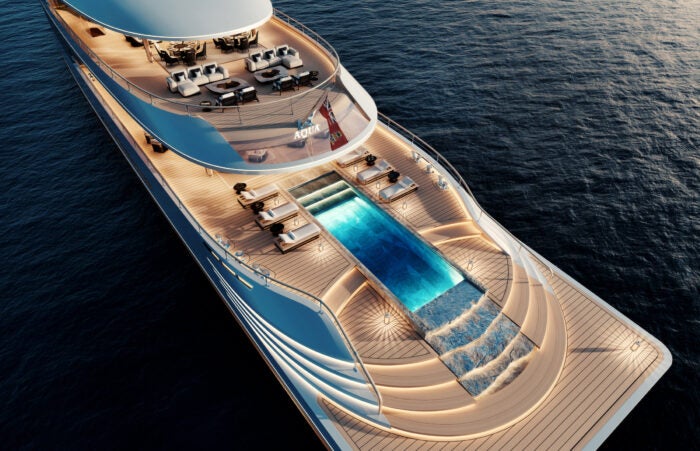 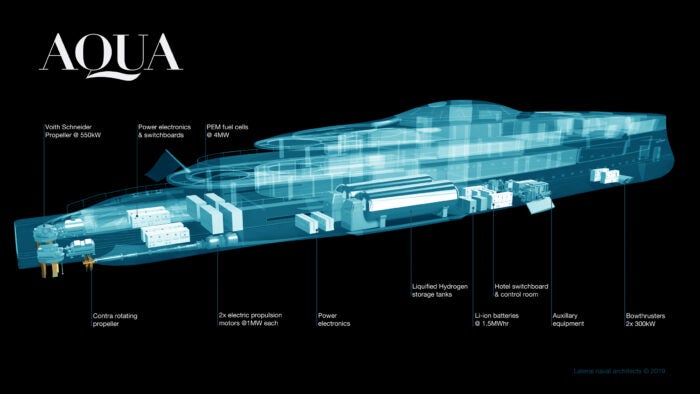 The expansive superyacht has space for up to 14 guests and 31 crew, with five decks that have been designed to allow guests as close to the water as possible. A 50 ft VIP suite occupies the front half of Aqua’s upper deck; other highlights include a swimming pool, workout floor and 360-degree observatory. “Our challenge was to implement fully operational liquid hydrogen and fuel cells in a true superyacht that is not only groundbreaking in technology, but also in design and esthetics,” says designer Sander Sinot.

Sinot, however, is not the only design studio working towards sustainable sailing. Another hydrogen-powered yacht prototype was launched in 2020, designed by Hynova Boat. In fact, Hynova Boat will offer two ranges for the prototype: The New Era, a 40 ft yacht with capacity for 12 passengers, or a “Design Your Own” range that uses Hynova’s hydrogen technologies but can be designed around an individual’s specifications. The New Era prototype was one of the winners of the “Coup de Coeur” awards at the 2020 Monaco Solar & Energy Boat Challenge. 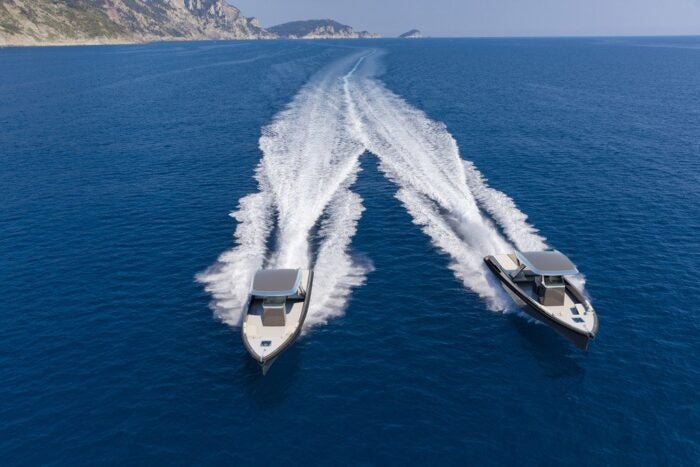 Automotive giant Toyota is also in the running to create the yacht of the future. The Japanese company has partnered with marine experts Yanmar to create a new yacht concept that features parts of the powertrain from Toyota’s impressive hydrogen-powered MIRAI. Similar to the car’s setup, the yacht concept – known as H2 – would be powered by hydrogen, using high-pressured tanks to store the fuel.

Eager to get started, Yanmar is hoping to install the H2 system in one of its vessels by the end of the 2020 fiscal year. As this deadline is only around the corner, you can be sure that Elite Traveler will be keeping a lookout for news and what the future of hydrogen fuel will mean for the world of superyachts – so watch this space.