The fine spirits we enjoy today are the result of centuries of experimentation and shared knowledge. The art of distillation originated organically in several parts of the globe. In Mexico, small communities used the abundant agave to make tequila. In Scotland, traveling monks utilized fields of barley for malt whisky. For hundreds of years, these processes were little more than cottage industries, serving the local communities around them. But, as demand exploded, so did production. Landscapes were transformed and overexploited, and coal-powered distilleries brought pollution to untouched rural areas. But from whisky to rum, the spirits industry has been quick to learn from its mistakes and is now at the forefront of the push towards sustainable production. With the climate changing at pace, these masters of their craft have supercharged their way to a greener future. 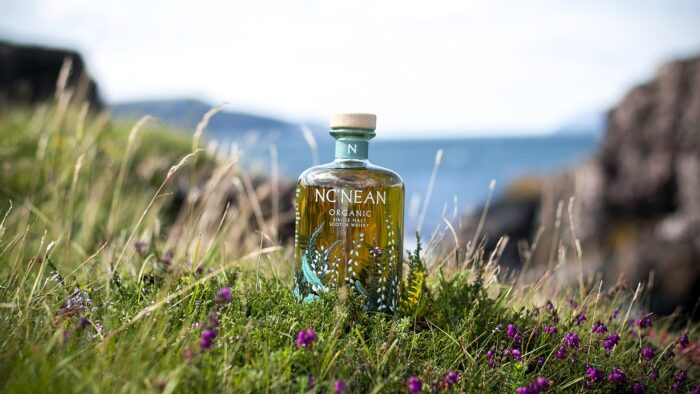 This up-and-coming distillery was featured in our Spring issue because of its groundbreaking approach to making Scotch. Every aspect of the project was designed with sustainable practice in mind and, last year, it released the first ever 100% organic single malt Scotch whisky. Collectors clamored to get their hands on the inaugural release, with ‘Bottle No 1’ selling for a record $53,000 at auction. But Nc’nean’s sustainability efforts extend far beyond organic produce. The distillery runs off 100% renewable energy with the vast majority generated by an on-site biomass boiler. In 2019, just 0.01% of its waste went to landfill. Although rainfall is in bountiful supply in the Scottish Highlands, the distillery still takes great care to use as little as possible, recycling the water used to cool its stills.

The Scotch Whisky Association recently announced plans to reach net-zero emissions across the industry by 2040, but Nc’nean has already reached that target. You can help support the distillery by investing in a cask. Just 60 casks are offered every year and demand outstrips supply, so register your interest for 2022 now. Each cask will eventually yield over 300 bottles of organic, sustainable whisky to be shared with friends and family. 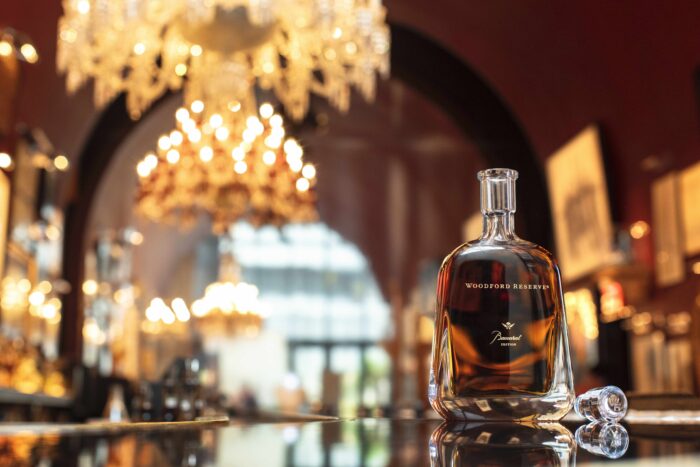 Woodford Reserve is one of the most recognizable names in bourbon and proudly caters to both ends of the market. Its big-volume, everyday bourbon can be seen at any good liquor store, while its ultra-high-end liquid graces the cellars of avid collectors. Last year, the distillery’s parent company Brown-Forman invested in the East Fork Wind Project with the goal of offsetting 90% of its energy usage at all its US facilities. As it counts drinks giant Jack Daniel’s among its portfolio, that is no mean feat. The company has committed to purchasing 30 megawatts of wind power annually over the next 15 years, which will help to reduce Woodford Reserve’s CO2 emissions.

The distillery has already been working to reduce its impact on the world: It recycles 98% of its waste material across all operations, and 97% of food scraps are composted on-site. It has dedicated 10 acres of land at its facility to native grass restoration, which will improve wildlife diversity and soil quality. Get a taste for Woodford Reserve’s dedication to bourbon with its Baccarat Edition. This complex bourbon is finished in highly prized XO Cognac barrels and presented in a bespoke crystal decanter handcrafted by the renowned French company. 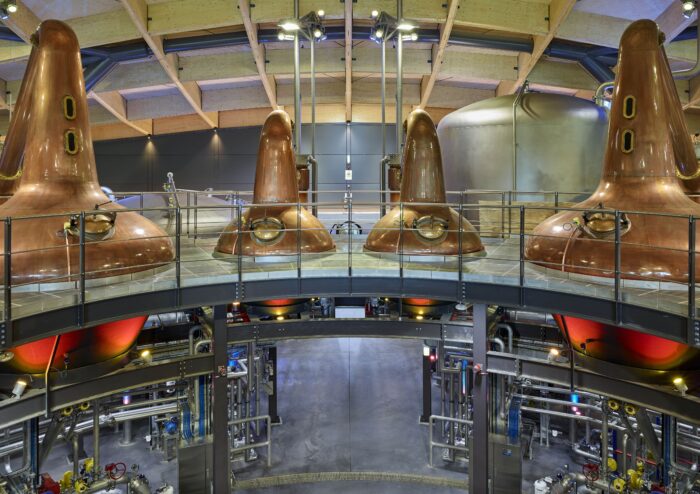 Located in Speyside, the spiritual home of Scotch, The Macallan distillery has experienced climate change firsthand. Winters in this remote region of Scotland are noticeably warmer and wetter, while summers are hotter and drier. These extremes are no good for aging whisky, which requires cool and consistent temperatures. A good cask of Macallan can take over 40 years to reach its peak, so the distillery is naturally focused on the long term. When the company decided to build a new site in 2012, it took the opportunity to become more sympathetic to the Scottish countryside.

The distillery was designed to reflect the natural rhythm of Speyside’s rolling hills and minimize its visual impact. No expense was spared to make the production a ‘closed loop’ system: Boilers are powered by biomass and excess heat is diverted to warm the visitors’ center. The result? Despite the vast increase in size, the new distillery uses less energy per liter of alcohol produced than its predecessor. Its recent Red Collection was also made with the environment in mind: The presentation boxes were handcrafted from oak and lined with sustainably sourced leather. A unique edition of The Red Collection was auctioned at Sotheby’s, selling for an astonishing $975,750. All proceeds were donated to food charity City Harvest. 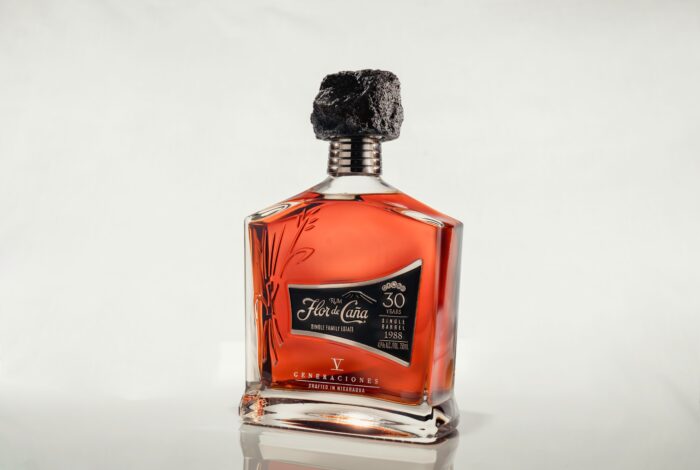 When it comes to setting new standards of sustainability, Flor de Caña is leading the way. The rum producer was the first spirit brand to become carbon neutral and Fair Trade certified. Located at the base of Nicaragua’s most active volcano, Flor de Caña uses the awesome power of nature to produce some of the world’s finest rum. The production has been 100% powered by renewable energy for over a decade, and the distillery even captures some of the CO2 emissions caused by fermentation. The company has planted 50,000 trees every year since 2005, moving it into the realm of carbon-negative status.

Flor de Caña has also offered free schooling for workers’ children since 1913 and free family healthcare since 1958. This level of care for the environment and its employees is captured in its award-winning rums — the pinnacle of which is the 30-year-old V Generaciones. The bottle top is crafted from volcanic rock and the decanter features signatures of the five generations behind the company. The rum is aged in white oak barrels in tropical temperatures and humidity, so it matures more quickly, which imbues it with a level of intensity unlike many other spirits of the same age.

As the world’s first premium luxury vodka, Belvedere is synonymous with blazing trails. The vodka gets its distinct flavor from a special type of rye that is specific to Poland, so sustainability had to be built into the product from the very start. Despite exporting bottles all over the world, Belvedere still sources all its grain from just eight local agricultural partners, which gives it complete traceability while supporting the local economy. The company not only champions sustainable agricultural practices, but actively helps its partners to become more eco-friendly. The company already has certification for organic production and is now supporting its agricultural partners in their transition away from the use of pesticides.

Belvedere also boasts one of the cleanest production processes in the sector and is on track to reduce its CO2 emissions by 80% by 2022 and to be fully self-sufficient by 2025. The innovative zero-waste program will capture all water from the distillery and reuse the biomass to fuel the production process. Celebrating the produce of its local area, Belvedere recently debuted its first organic line, Belvedere Organic Infusions, which is blended with a unique mix of botanicals grown and farmed with no artificial pesticides, additives or chemicals.

As well as being one of the driving forces behind tequila’s rise to the top shelf, Patrón has also been a leading figure in the industry’s quest to become more sustainable. Tequila is made from the Weber Blue Agave plant, which is grown in harsh and arid landscapes where the effects of climate change have been more pronounced. Patrón noticed these changes earlier than most and was one of the first distilleries in Mexico to improve its water management and reduce waste. Today, it boasts a state-of-the-art water treatment system that reclaims clean water from tequila production and makes its own fertilizer by composting leftover agave fibers.

Since 2015, Patrón has also planted 16,000 trees in the local area, helping to rewild it and improve water retention in the soil. Patrón also provides support to its suppliers and employees. It guarantees profitability for its agave growers even in times of excess supply and offers its employees flexible work hours, free transport to the distillery and education programs. Enjoy the fruits of Patrón’s labor in its purest form through the Gran Patrón Platinum, an exclusive silver tequila made with the finest Weber Blue Agave. Each crystal bottle is hand-numbered, reflecting the company’s commitment to small-batch production.

If Patrón made people realize tequila could be a luxury product, then Clase Azul confirmed it. Its mission is not only to show the world how complex tequila can be, but to save Mexico’s fading artisan culture. Clase Azul has helped revitalize highly skilled local artists by commissioning stunning decanters to hold its prized spirit. Every bottle of Clase Azul tequila is handcrafted and painted by local artisans, with each one taking up to 11 days to make.

Its work now goes beyond providing employment: The company also runs the nonprofit Fundación con Causa Azul, which teaches those same artisans how to make a business out of their intricate pottery skills. The work has helped to transform the fortunes of Santa Maria Canchesda, a small Mexican town where many of the artisans reside. Experience Mexican spirit in its purest form with the Clase Azul Durango. This mezcal offers an intense hit of honey, nuts and smoke, and is presented in a striking bottle inspired by traditional black clay pottery. Once the mezcal is finished, the Clase Azul website offers a variety of ideas for upcycling the beautiful bottle. 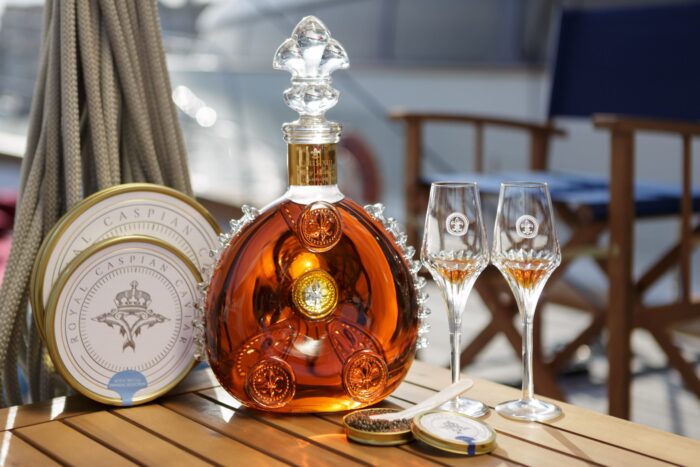 The eaux-de-vie used in a Louis XIII cognac can take a century to reach its peak so, needless to say, the company has a vested interest in the future. The unique ‘terroir’ — a blend of climate, soil, plants and human action — of Grande Champagne makes Louis XIII the fine cognac that it is. But climate change is disrupting the equilibrium, which could ultimately degrade the finished product. Louis XIII has been actively working to reduce its environmental impact for 20 years. It is aiming to ensure its winegrowers attain a High Environmental Value (HEV) certification, which recognizes a holistic approach to air, water, soil and plants.

Last year, it reached its goal of having 50% of land HVE-certified — two years ahead of schedule — and is aiming to have 100% certified by 2028. Louis XIII recently partnered with musician Pharrell Williams to raise climate change awareness. The star composed a song that will not be released until 2117; the track was laid down on one record made of clay that is being stored in the Cognac region. If sea levels rise too much, the record will be destroyed and the song will never be heard.