Nowadays, a one-stop vacation simply doesn’t cut it. Travelers with the means to do so are becoming accustomed to experiencing a once-in-a-lifetime adventure, more than once. But who makes these dreams a reality? Meet Joro Experiences – the travel company that seemingly has the world at its (and therefore your) fingertips.

Launched in 2017 by Duncan Over and Henry Comyn, Joro Experiences was founded on the premise that travel didn’t need to be high adrenaline and high action to be exciting. Instead, the experiential travel company is driven by its client’s unique passions, and dedicated to crafting meaningful adventures that actively give back to the local communities and surrounding environment.

Last year, Joro Experiences became the UK’s first B Corp certified luxury travel company which, according to the B Corp website, confirms that it “meets the highest standards of verified social and environmental performance, public transparency and legal accountability to balance profit and purpose.”

However, as proud as the Joro team was to receive this certification, being the UK’s only B-Corp certified luxury travel company doesn’t fit with the future it wants for the industry. “Very few tourism companies are registered, which is surprising because, as someone recently said to me, the travel industry is the only industry that has a vested interest in protecting our planet,” Joro Experiences co-founder Henry Comyn tells Elite Traveler. “If our industry can’t do it, who else is going to?” 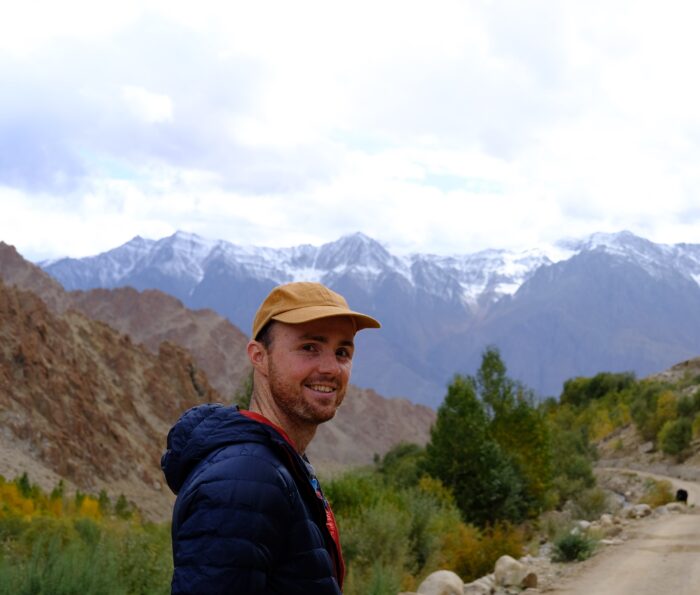 And Joro Experiences is determined to help the travel industry drive the change the planet needs. In 2020, the company became a founding member of the Conscious Travel Foundation, an industry-specific organization dedicated to championing the positive impact of travel, as well as providing an educational platform. 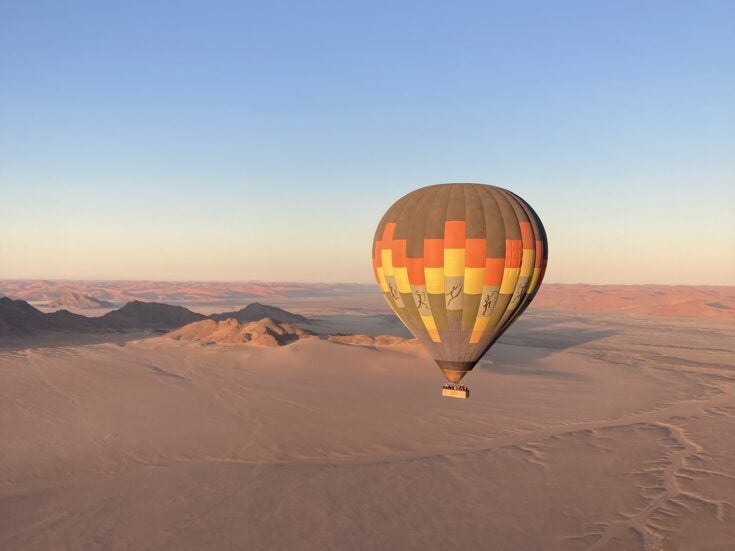 See Sossusvlei from Above with Namib Sky Balloon Safaris 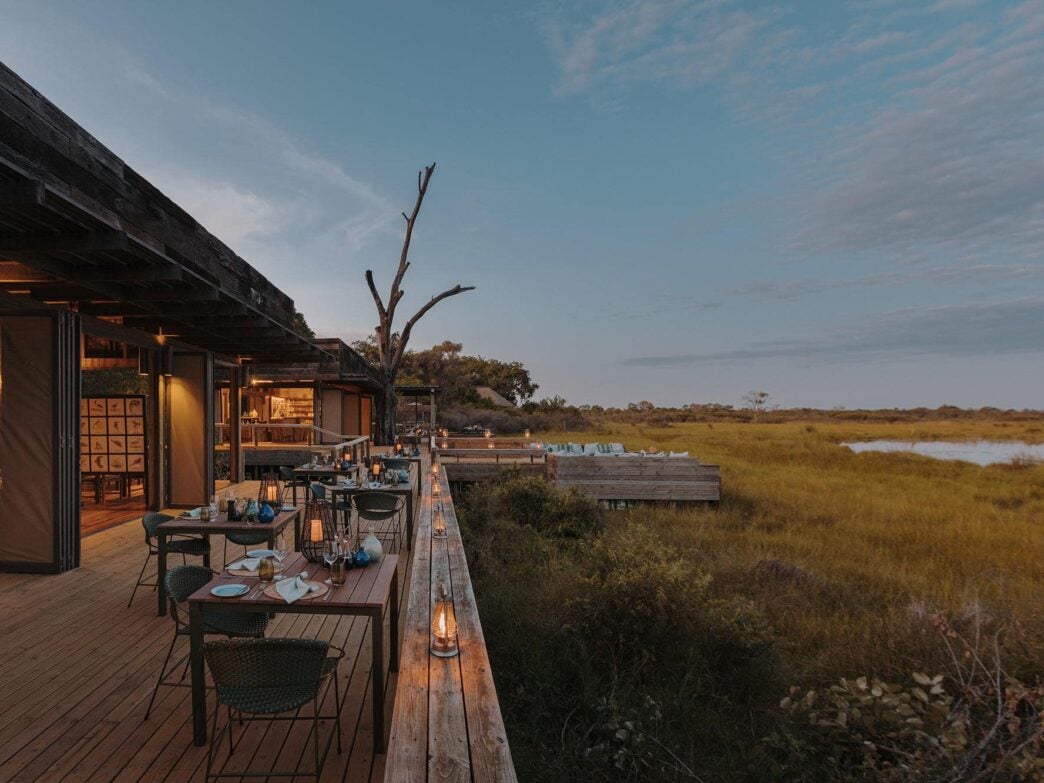 “The travel industry is so fragmented and there’s a lot of small players like us, and there’s a bit of hesitancy about what is the best practice around conservation and sustainability. [We have] created a trusted environment where people can discuss these topics without fear of being shut down. And by coming together as a collective, the plan is to have more of a powerful voice,” Henry says.

“One of my big bugbears in the travel industry is that a lot of people operate in their individual silos. We need to share this wealth of knowledge because there are so many amazing people in our industry,” he continues. “If we’re prepared to break down those barriers between companies and share knowledge and experiences of best practices, I think we’ll be on the [right] road a lot faster.”

As part of its B Corp certification requirements, carbon offsetting plays a key role in Joro’s strive for eco-conscious tourism, but Henry recognizes that this model isn’t ideal: “The first step is to tread as lightly as possible, then carbon offset second because I don’t think it’s right to just say, ‘we can do anything you want and just offset the carbon’ because that doesn’t add up. And I think it’s dangerous to think of it like that.” Instead, the team strives to find more meaningful ways to curate truly positive impact trips. For example, using alternative modes of transport instead of flying, such as driving or hopping on the train.

While land-based travel will naturally add a significant chunk of time to the journey, Henry insists this only adds value: “We [organized] a two month trip [through] South America where we only did the return flights internationally and one internal flight where we couldn’t make logistics work, but everything else was over land,” he says. “And the clients’ feedback was that they felt they had a much greater connection with the land and the countries they visited because they weren’t just flying over it to the next place.”

In addition to limiting individual carbon footprint, Joro is also on a mission to make sure each trip has real value to the environment – for example, on yacht explorations, inviting a research scientist on board is a prerequisite, not an afterthought or suggestion. “It comes down to changing the narrative from making any scientific addition to the trip to the core focus. So rather than saying, ‘PS, we can bring a scientist along if you’d like’, we say, ‘If you would like to do this charter, we are going to design it so a core element of this is going to be this project, which needs funding’,” Henry explains. 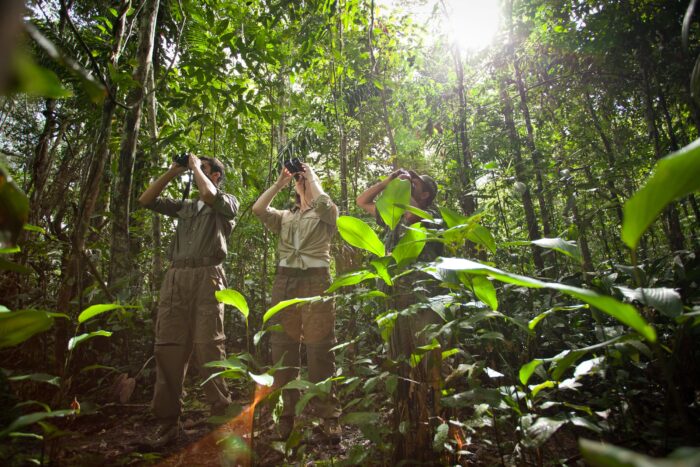 In fact, Henry believes that in the first instance, the bulk of the environmental and social responsibility falls on the travel operators and organizers: “I’d be lying if saying every single client cares about it. But I strongly believe that businesses need to take ownership of where they’re spending their clients’ money,” he says. “If the client trusts you to design a trip for them, they may not care about conservation or climate change, but as a business, as long as you take ownership of those issues, you can still design a great trip for them that has a positive impact.”

Joro’s approach to creating such unique itineraries is of course completely bespoke with months of planning poured into each. “We initially have a meeting, which used to be face to face but is now often Zoom, where we try to dig into what the client is actually after. [A client] came to us and said, ‘Oh, we travel everywhere and want something new’. When we dug deeper we found what they loved was food, so we designed a two-year program [focused on] discovering different cuisines, meeting chefs and sourcing local produce.”

Of course, most of what Henry talks of was pre-Covid-19, with travel all but grinding to a halt for much of the past year. However, speaking as a true businessman, Henry manages to see opportunities where others might not. “There’s a really exciting opportunity coming out of Covid-19,” he says. “I think there’s going to be a trend back to nature. We’re going to go back to wanting to get away from cities; that could be foraging off an island in Scotland or packrafting in Alaska, but the theme is getting out to remote areas and really reminding ourselves why we love the natural world, which can be coupled with the desire to protect it to make sure that the trips that we design have a positive impact.” Another trend that Henry anticipates as the world begins to ease back into normality is slower, more meaningful travel – which, fortunately for Joro, is one of the principles that the company is built around. He says: “We’re going back to an age where travel is really special. This lockdown has [made people] realize how lucky [they] are to have the possibilities of travel, but it’s also allowed [us] to really savor moving a little bit slower and appreciate everything.

“For example, if you’re thinking about going to Europe, why not spend a few more days and take the train rather than fly, and stop off in Paris? The trend of longer, slower travel will also allow clients to achieve something they really wanted to do while we’ve been locked down.”

A sense of achievement is an overlying theme in the itineraries that Joro curates. Clients who may have excelled either professionally or academically will often approach the team in search of help with a life-long quest or goal that they want to accomplish. He says: “Pre-Covid-19 some clients came to us and the challenge for them was to climb Mont Blanc so we created a full training series for them in the UK and when they were ready, we got them on the train out to France and Switzerland.”

In fact, there seems to be little limit to what Joro Experiences can help its clients achieve. From family vacations to witness the Northern Lights in Canada to following in the tracks of ancient traders along Japan’s Silk Road, as the old saying goes, the world really is your oyster.