Flying American Airlines first class comes with a wealth of advantages. As the world’s largest airline operator in terms of fleet, before the pandemic, American Airlines was operating on average 6,700 flights per day to nearly 350 destinations in more than 50 countries.

This has inevitably slowed over the past 18 months but as travel restrictions tentatively ease, many of us are planning to take to the sky again. With American Airlines covering so many routes in the US as well as flying to a large swathe of international destinations, you’re bound to be climbing aboard one of AA’s jets sooner or later. If you opt to travel first class, you can expect a host of on-the-ground and in-the-air perks ensuring you arrive relaxed and well-rested for your getaway.

With this in mind, Elite Traveler has curated a guide to reveal all you need to know about flying American Airlines first class. Before we dive into the details, however, the first thing to note is that American Airlines offer two types of first class service: First and Flagship First.

The airline’s ‘standard’ first class ticket will bag you the highest level of service on domestic journeys in the US. Meanwhile, Flagship First is a step beyond this; it refers to first class travel on the airline’s international routes and certain US transcontinental routes, specifically  Los Angeles LAX – New York JFK, San Francisco SFO– JFK and LAX – Miami MIA.

With those key details out of the way, it’s time to take a closer look at what passengers can expect when flying American Airlines first class. 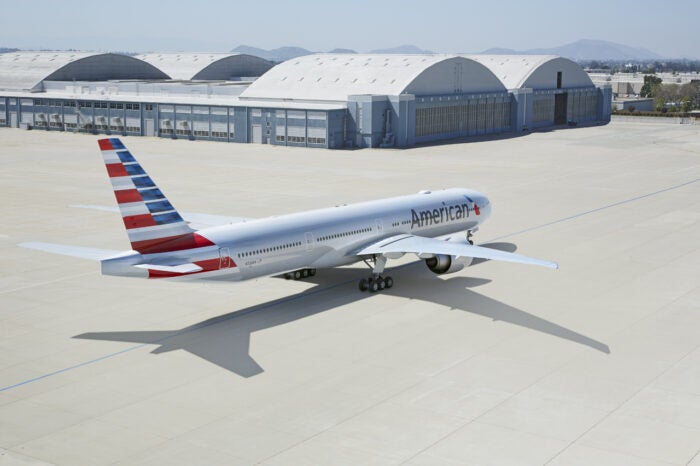 American Airlines announced plans to unveil its new Flagship lounges in 2017 as part of a $200 million investment in the luxury travel experience. Since then, five premium Flagship lounges have been created in Chicago (ORD), Dallas Fort Worth (DFW), JFK, LAX and MIA.

The lounges offer Flagship First passengers (as well as those traveling Flagship Business) the chance to shut themselves away from the masses and recharge at ground level. Across the five lounges, passengers can access shower suites, quiet rooms and individual work pods as well as a range of food and drink options including buffet meals, premium wine, champagne or cocktails.

As part of the airline’s premier dining experience, alcoholic refreshments come in the form of cocktails designed by renowned mixologist Pamela Wiznitzer and hand-selected wines from master sommelier Desmond Echavarrie.

Outside of the US, first class passengers touching down at London Heathrow can take full advantage of the American Airlines arrivals lounge complete with spa shower suits, champagne bar, a la carte dining, valet ironing and a business center. 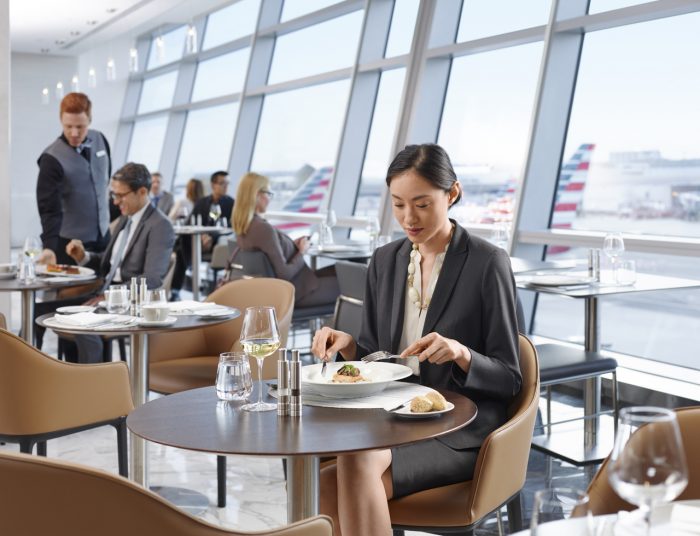 Boasting the youngest fleet of any US global carrier after completing an extensive $28 billion re-newel and investment program, American Airlines’ first-class passengers will enjoy a modern, comfortable and connected in-flight experience. First class domestic passengers can expect wider seats (at least 3 inches bigger than the smallest coach seat) and more legroom, as well as wifi and all the entertainment you would expect.

There are only two models of aircraft that offer the American Airlines Flagship First service: the A321 Transcon and the Boeing 777 300 ER. Both feature comfortable lie-flat seats measuring a roomy 21 to 21.5inches, which is approximately  4-inches wider than economy class.

With just eight Flagship First seats available on American Airlines’ Boeing  777 300, the cabin feels intimate and exclusive. The swivel seat allows you to rotate to face the window, enabling you to create your own mini-office. Keeping it small-scale, the Flagship First cabin on the A321 Transcon isn’t much bigger; it has just 10 seats, arranged in five rows of 1-1 seating.

Passengers will be given Bang & Olufsen headphones to enjoy the free onboard entertainment as well as a Casper sleep kit with pillows and blankets and a Shinola, D.S. & Durga amenity kit filled with essentials. 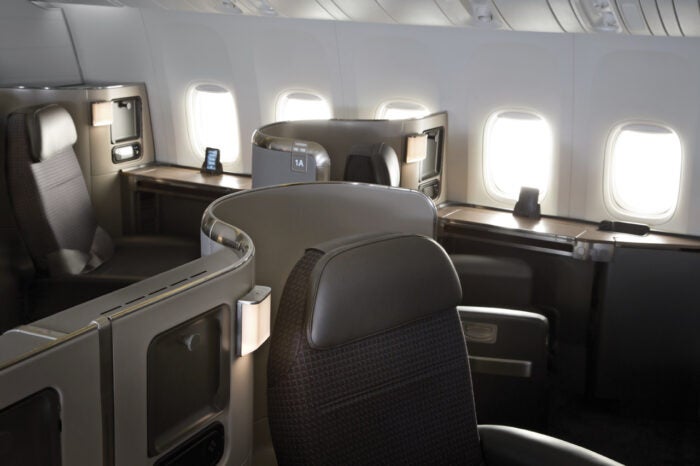 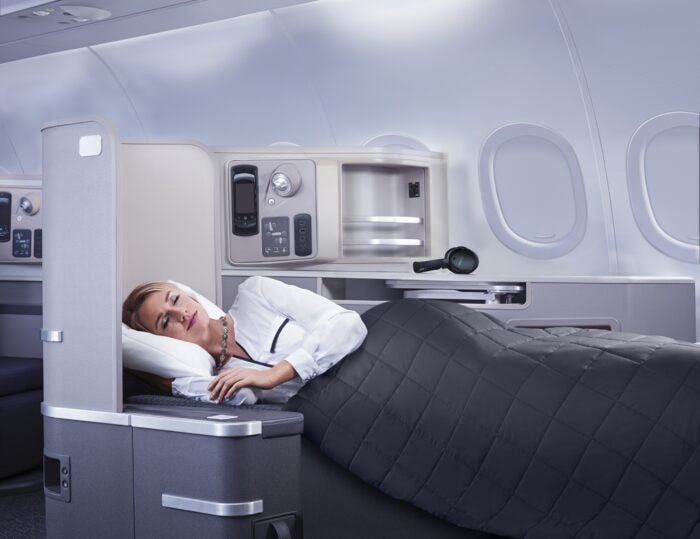 [See also: The Best First Class Airlines in the World]

Keen to champion both established and up-and-coming culinary talent, American Airlines has teamed up with US non-profit The James Beard Foundation for its culinary offering.  Kicking off the partnership just before the pandemic in December 2019 was acclaimed chef and James Beard-award winner  Sarah Grueneberg, of the highly regarded Monteverde restaurant in Chicago. Grueneberg has brought her adventurous brand of Italian cooking to the skies with curated dishes such as Grilled Roman-style artichokes with black truffle, and Artichoke ravioli with green olive pistachio pesto.

When flying to Japan, China, Australia and New Zealand, the flavors of the onboard cuisine change. American Airlines has partnered with acclaimed chefs from across these regions to showcase the best of the areas, including the likes of celebrated Japanese chef Jun Kurogi.

Passengers can choose from a selection of fine wines curated by award-winning master sommelier Bobby Stuckey, previously sommelier at The Little Nell in Aspen before joining world-renowned chef Thomas Keller at the French Laundry in Yountville, California. 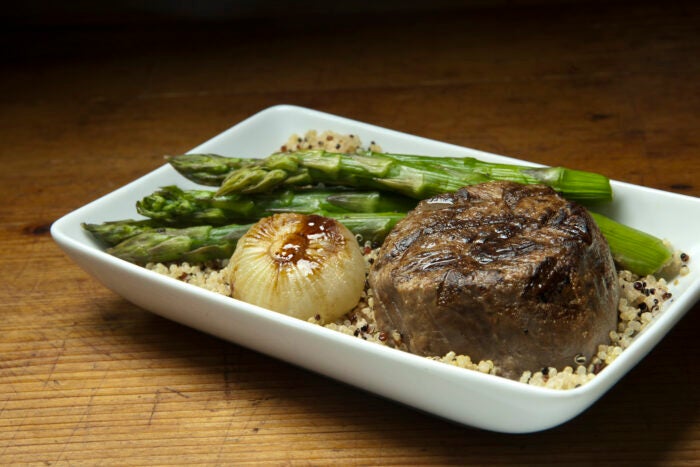 As a founding member of the One-World alliance, American Airlines prides itself on offering world-class customer service. It was recently named a five-star global airline by the Airline Passenger Experience Association in recognition of its customer-focused ethos.

The first class experience begins long before you reach the executive lounge, with Flagship First passengers gaining access to private or priority check-in with access and an expedited security line. First class passengers also benefit from additional baggage allowance and are first to collect their checked luggage, allowing for a breezy departure from the airport.