In association with Spanish Tourism

If there is one European country that has witnessed an impressive line-up of new luxury hotel openings over the past 18 months, it is Spain. Despite the pandemic, the Iberian nation has welcomed everyone from Four Seasons to Rosewood for the very first time.

However, with Covid-19 dashing many a travel plan, you’d be forgiven for missing out on even Spain’s most high-profile hotel openings. Our shortlist of the best new luxury hotel openings in Spain is here to rectify that. As travel restrictions ease, these are the hotels to know. 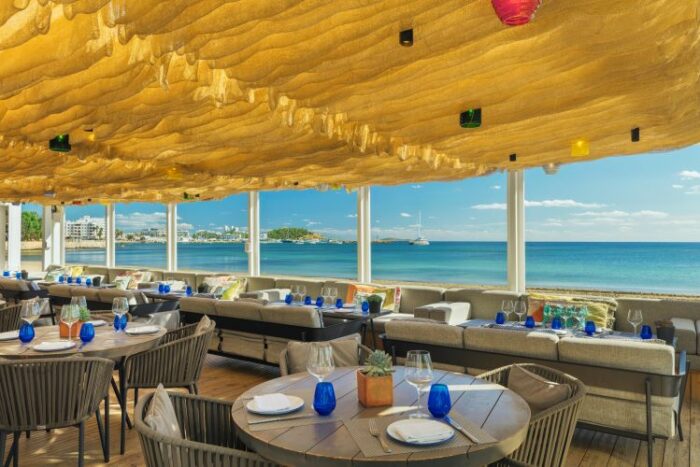 Ibiza’s spring of 2020 was unusually quiet for obvious reasons but with the coming of summer, the White Isle began to see the familiar sight of fun- and sun-seeking visitors. The warmer months also saw the arrival of the unapologetically bold W Ibiza on the palm-laden sands of Santa Eulalia.

The stylishly colorful seasonal escape was designed by Dutch studio Baranowitz + Kronenberg who set about creating a chic aesthetic that captures the vibrancy of the island.

A place to be and be seen, the beachfront hotel welcomes a steady roster of international DJs and the Glow rooftop pool and cocktail bar provide a party atmosphere.

The suites on the hotel’s upper floors feature expansive glass-fronted terraces overlooking the glittering Mediterranean below and some of the rooms come with private plunge pools, perfect for cooling down when the Balearic temperatures soar.

The very first Four Seasons Hotel to arrive on Spain’s shores, Four Seasons Madrid spans a collection of historic buildings (the earliest dating back to the late 1800s) perched at the crossroads of three of the capital’s most iconic streets – Canalejas, Sevilla and Alcalá.

Spanning eight years from conception to opening, the building’s restoration program saw more than 16,000 pieces extracted, cataloged and painstakingly restored. It is this that in a large part gives the new hotel and its 200 chic rooms and suites its air of old-world elegance, perfectly reinvented for the 21st-century traveler.

The Martin Brudnizki studio-designed rooftop terrace is host to Dani Brasserie, helmed by one of Spain’s most acclaimed chefs, Dani Garcia. The Andalusian chef received legendary status when his eponymous Marbella restaurant received a third Michelin star in 2018. 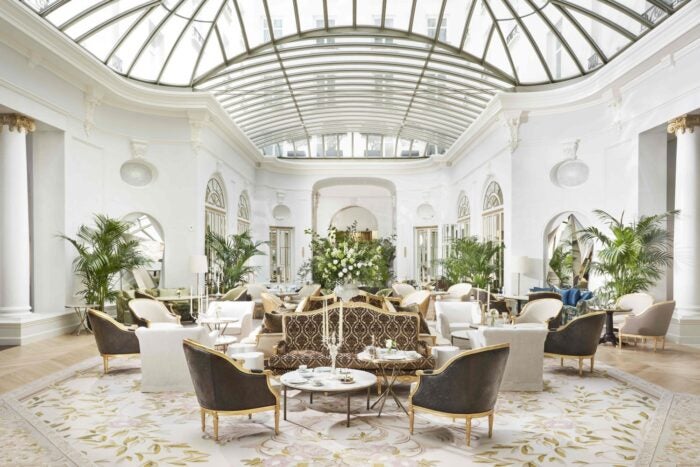 Having recently celebrated its 111th birthday, the Mandarin Oriental Ritz might seem a little out of place on our list of the best new luxury hotels in Spain but having closed its gilded doors in 2018 to undergo a transformative three-year renovation, we just had to include it.

The ambitious transformation preserved and enhanced the unique Belle Époque character of the original building which was created under the meticulous gaze of César Ritz himself.

Positioned in Madrid’s prestigious ‘Golden Triangle of Art’ steps away from the city’s famed museums and galleries, the hotel provides the ideal base for art-lovers and foodies alike. The hotel boast’s five new restaurants and bars overseen by Spain’s preeminent chef Quique Dacosta including the hotly anticipated Deesa, the chef’s first fine dining restaurant in the capital. 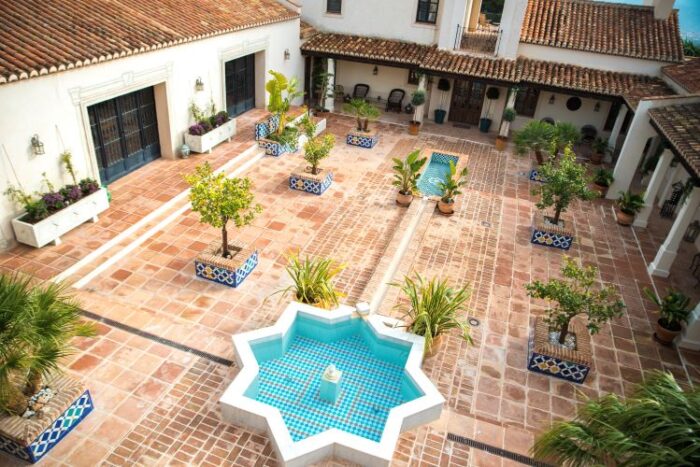 This dream-like countryside estate stands on 12 acres of gardens with ancient orchards and Alhambra-inspired courtyards, on a hilltop overlooking the Sierra Nevada.

Just half an hour from the medieval city of Granada, the hotel — one of the newest from luxury group Preferred Hotels & Resorts — combines Andalusian style with the elegance of a stately hacienda. Small and alluringly serene, it features just seven rooms and suites, each unmistakably Spanish, dotted with authentic art and antiques.

The hotel has its own neighboring farm where it grows its own produce including olives, which it harvests to make organic first press virgin olive oil.

With the option to book the entire hotel, it serves as a beautiful setting for a private family getaway or intimate wedding. The expansive gardens include a pool, yoga pavilion, and a heliport as well as walking trails and organic fruit orchards.

Guests can take advantage of an abundance of on-property activities including everything from paella masterclasses and flamenco lessons to personalized wellness treatments and stargazing sessions with a professional astronomer. 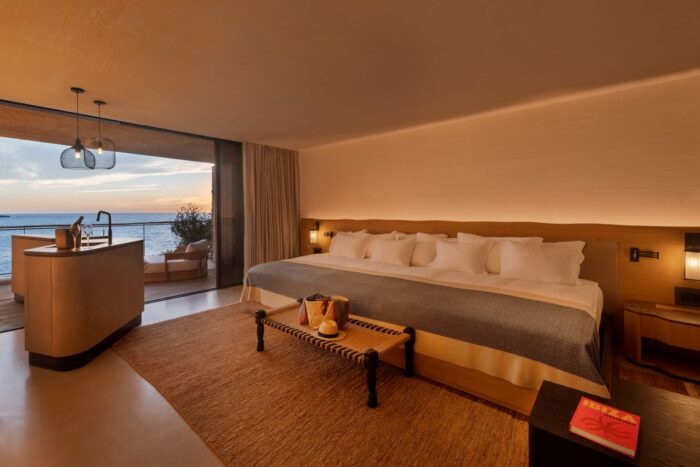 Nestled at the somewhat calmer and free-spirited northern tip of the island, Spain’s new Six Senses Ibiza chose the crystal clear shores of Xarraca Bay as its home. And what a wonderful choice that was.

Offering a bohemian village-like feel, care for the environment is a way of life at the island’s first sustainable BREEAM-certified resort. It features four organic restaurants catered to by the resort’s own farm, a high-end sustainable fashion boutique, solar-powered electricity, an energy-saving geothermal cooling system and a partnership with nature-focused non-profit, the Ibiza Preservation Fund.

Elite Traveler recommends the resort’s magnificent Cave Royale Suite, one of our Top 100 Suites of 2022. 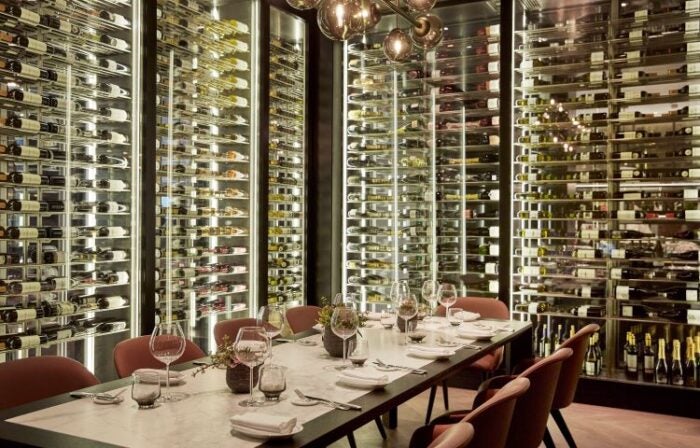 The 1970s facade may not be as elaborate as some of Spain’s other five-star hotels but step through the sleek new porte-cochère of the freshly reimagined Villa Magna — now part of the ultra-luxury Rosewood Hotels & Resorts portfolio — and you can’t help but be impressed.

Positioned on the esteemed Paseo de la Castellana, Rosewood’s brand of elevated contemporary luxury along with gastronomic offerings by the much-accomplished chef Jesús Sánchez has already made the hotel one of the capital’s most desired destinations.