In addition to its gorgeous landscape and gloriously sunny climate, Los Cabos has developed a reputation as a top-notch holiday spot because of its excellent dining establishments and luxury resorts.

Its location on the southern tip of Mexico‘s Baja California Peninsula ensures that virtually every location has a view of the ocean, making the seafood menus that much fresher. That and the close relationships between restaurants and fishermen means the cuisine of Los Cabos comes about as close as you can get to experiencing the ocean on your plate.

With everything from a romantic outdoor setting to chic and modern interiors, these five restaurants are the best that Los Cabos has to offer. 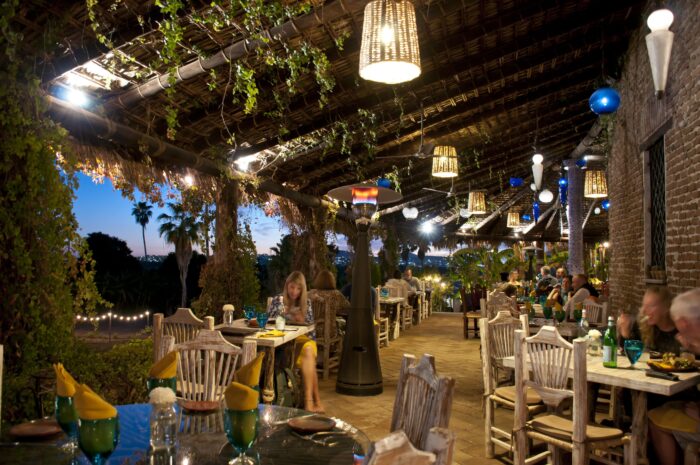 Located in a 19th century farmhouse, Los Tamarindos operates with a devoted farm-to-table philosophy. The ever-changing menu is dictated by the seasonal crops growing in the fields surrounding the restaurant, with head chef Enrique Silva following recipes that have been passed down through generations.

The restaurant’s meat and fish dishes are equally as conscious of seasonality and freshness; the fish is caught daily by local fisherman and hand-selected by Tamarindos chefs, while the chicken comes from its own farm-reared flock of Cornish hens. The drinks menu is also dedicated to celebrated local produce, with the bulk of the wine menu featuring Mexican labels, and as you would expect, an impressive tequila menu is also on offer.

If enjoying a thoughtfully prepared Mexican menu isn’t quite enough to sate your appetite, you can enjoy a more hands-on experience with one of Los Tamarindos’s cooking classes, held in the restaurant’s adjoining kitchen terrace.

Promising a vibrant dining experience in the Sierra de la Laguna mountains, Acre has become a must-visit for culinary connoisseurs visiting Los Cabos. Although the property has now expanded to encompass a treehouse hotel, the restaurant was the resort’s first offering, making it the heart and soul of Acre.

Moroccan executive chef Larbi Dahrouch joined the restaurant in 2019, bringing with him a penchant for simple yet elevated flavors. Acre’s menu marries local produce (much of which is sourced on the in-house farm) with global influence; expect fresh seafood and nourishing salads alongside Italian pasta and French-inspired duck dishes.

Once dinner is over, turn your attention to Acre’s eclectic cocktail menu, which boasts a selection of award-winning concoctions served in a relaxed yet effortlessly chic setting. As with the food offerings, Acre’s drinks menu celebrates ingredients sourced within the resort where possible. 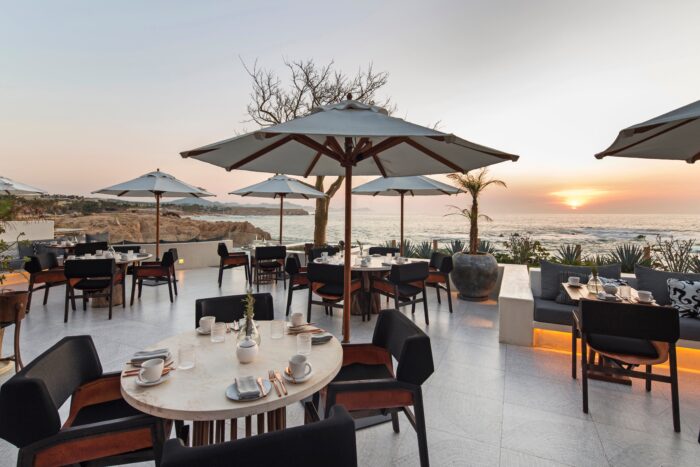 Found at the luxurious Chileno Bay Resort and Residences, Comal restaurant continues the resort’s long-standing reputation for excellence and is continuously regarded as one of the best restaurants in Los Cabos.

The name Comal derives from a traditional cast-iron pan that has been used in Mexican cooking for centuries and is typically passed down through generations. Comal’s menu stays true to the origins of its name, showcasing Latin American-inspired recipes with a contemporary twist. In addition to the main menu, guests can also revel in the live-action Raw Bar, offering up the freshest selection of local fish.

Comal is also considered one of Los Cabos’s most romantic dining spots, but be quick, as the coveted seafront tables with dramatic views across the Sea of Cortez are booked up by loved-up couples far in advance. 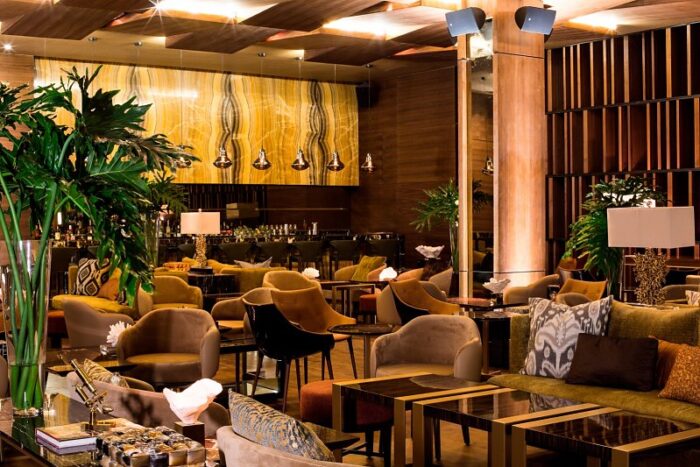 Cocina de Autor translates into English as “signature cuisine,” which typically involves a menu that reflects a chef’s personality. This is exactly the case at Grand Velas’s concept restaurant; two-Michelin-starred chef Sidney Schutte’s playful tasting menu artfully reflects his time at a wealth of Michelin-starred restaurants around the world, cementing Cocina De Autor’s status is the restaurant for creative fine dining in Los Cabos.

[See also: Explore the Best of Mexico with Elite Traveler]

Each dish has been designed to celebrate fresh local ingredients in an inventive fashion, with combinations such as chocolate and clam, making for intriguing pairings. The accompanying wine pairing is equally ambitious, offering a selection regarded as one of the most diverse in the region.

The eclectic menu is served in an impressively stylish setting. The restaurant is awash with atmospheric lighting, striking gold details and Mexican artwork, not to mention the captivating ocean views. 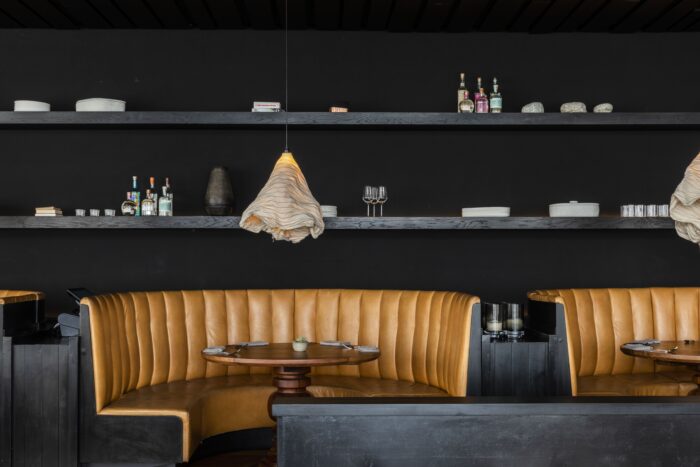 As with many of the best restaurants in Los Cabos, seafood takes center stage at Manta / ©Manta

Taking inspiration from the cuisine of Mexico, Peru, Japan and beyond, the food menu at Manta is remarkably diverse. Expect a host of unusual flavor combinations such as sweetcorn ice cream mochi, all conjured up by head chef Enrique Olvera. The beverage menu continues to transport diners across the world with Japanese sake offered in addition to the expected mezcals and tequila.

As with many of the best restaurants in Los Cabos, seafood takes center stage at Manta, and as is common on the Baja California Peninsula, chef Olvera is committed to championing local produce, be it from land or sea.

Found inside The Cape, A Thompson Hotel as its flagship restaurant, Manta is a haven of simplicity and minimalism; striking black walls are thrown into contrast by tan leather seating, while the floor-to-ceiling windows showcase what is easily one of the best views in the region.